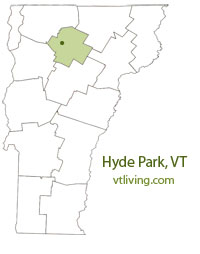 Hyde Park was once often called “Skin” or “Hide Center”. Beautiful Hyde Park Vermont was the home of Carroll S. Page, a past Governor of Vermont. Governor Page was once the largest calfskin dealer in the world. During this time Hyde Park became one of the major tanning centers in the country. Carroll Page was nick-named “Calf Skin Page” – he referred to the village as “Hide Center”.

Hyde Park was named for its principal grantee, Captain Jedediah Hyde. The Captain’s son, Jedediah Jr. and other members of the Hyde family were also named. Captain Hyde was originally from Norwich, Connecticut, during the Revolutionary War he served in both the US Army and the Navy. Today, Hyde Park is the county seat (Lamoille) and a charming and popular vacation destination. Two fine historic inns are located here; the Fitch Hill Inn, on Fitch Hill Road in Hyde Park and the Governors House Inn in the center of the village. 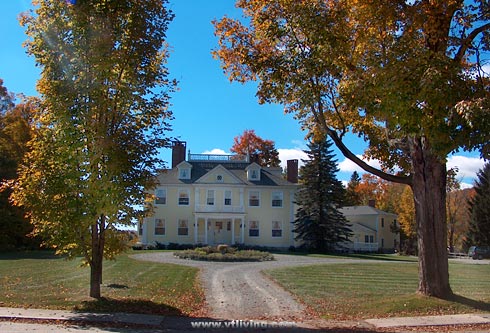 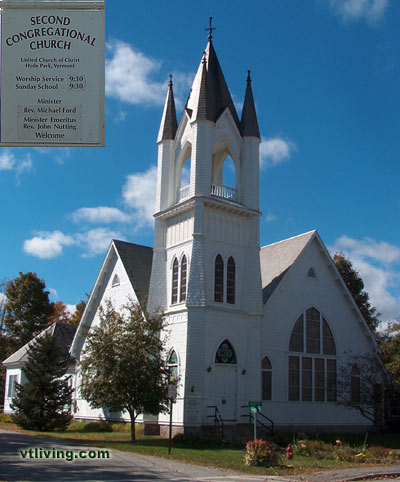