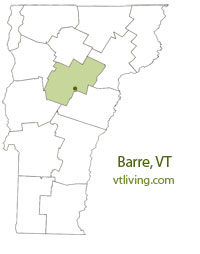 The City of Barre in Washington County, Vermont was settled in the late 1800s. Barre is pronounced “barry”. The region grew from four separate villages – powered by the brooks which ran into the valley. The four original villages were; Thwingsville, Gospel Village, Factory Village, and Jockey Hollow – the site of a fairground, trotting park, and stables. Today, Barre is a processing and commercial center for the region’s granite-quarrying and agricultural products. Barre was originally named Wildersburg and was renamed after a wrestling match was held to rename the town. Major manufacturers include granite building stones and memorials, and machine tools. The Times Argus daily newspaper is published in Barre. Barre was named after Barre, Massachusetts, which was named for the British politician Isaac Barre. Barre is easily reached via I-89, which runs from White River Junction, Vermont to Canada. The Barre Public Library building (above right) is located in downtown Barre. The town of Barre nearly surrounds the city. 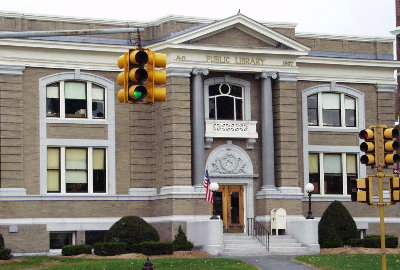 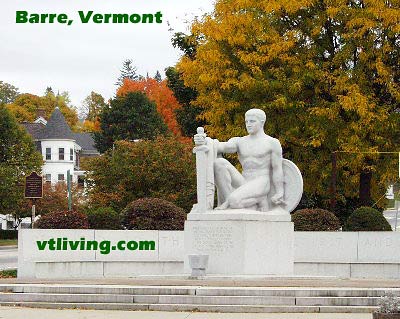 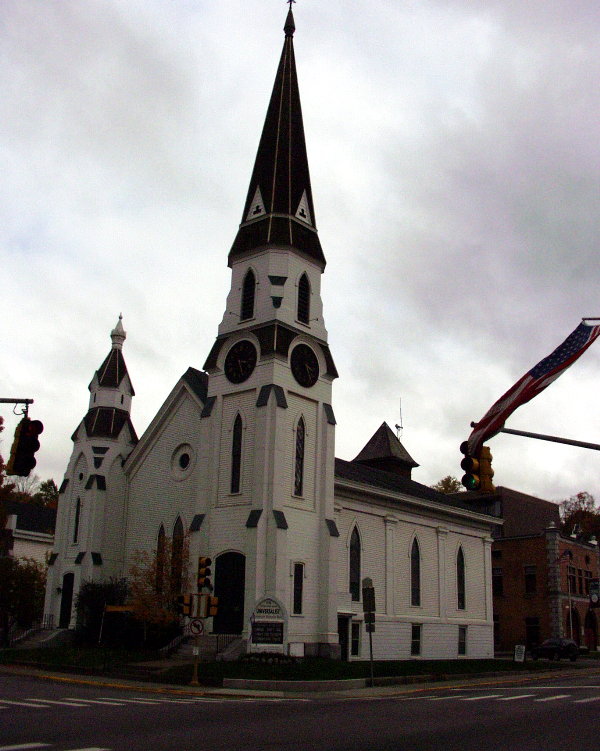