The North Central region of Vermont is dotted with breathtaking lakes and ponds. Fairlee Lake, located in Thetford, is a popular watersport destination. Ask us about Vermont or share Vermont waterway comments. To feature your Vermont business, contact us.

Watch for rocks in the center of the pond. Big bucks lurk in the woods near this Woodbury, Vermont lake.

Elmore State Park is located on this lakes north shore.

This beautiful Vermont lake has a public boat launch on the western shore. Eden Lake is also home to a lakefront RV park. 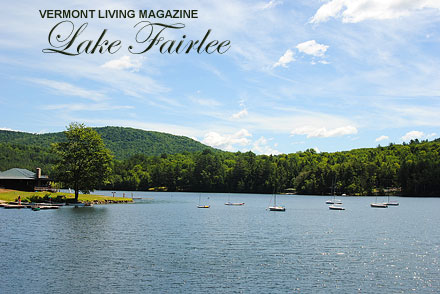 This beautiful lake is located in West Fairlee and Thetford, Vermont.