This northern New England state is known for “Yankee Ingenuity”. Several inventions that have changed the world have been patented by Vermonters. This partial listing of Vermont innovators and inventors demonstrates how the creativity and genius of one person can have an ever-lasting effect on the future of mankind. Ask us about VT Firsts and Inventors or share your Vermont history comments. To feature your business, contact us. 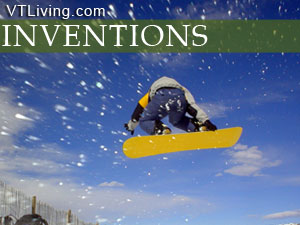 Thaddeus Fairbanks
St. Johnsbury, VT
A fascinating individual, Thaddeus Fairbanks invented the iron plow, the platform scale, the process for artificial refrigeration and others. The amazing Mr. Fairbanks received 32 patents during his lifetime. There are several buildings that bear his name in St. Johnsbury.

Thomas Davenport
Brandon, VT
Tom Davenport invented the electric motor, electric railway, the printing press, and had the original idea for the Telegraph Editor of the first electric journal.

Gilbert’s Pasture
Pomfret, VT
This field just north of Woodstock, VT was the site of the Nation’s first commercially operated rope tow. The field is now the site of Suicide Six Ski Area.