Vermont offers outstanding upland game hunting. Experienced hunters know that early planning often makes for greater success and fewer problems. A wealth of information can be obtained by visiting the areas you plan to hunt well in advance of hunting season. Get to know the “lay of the land”, procure your license, receive the permission of cooperative land owners, and pick up advice from locals. Share VT hunting and fishing comments. To feature your VT business, contact us. 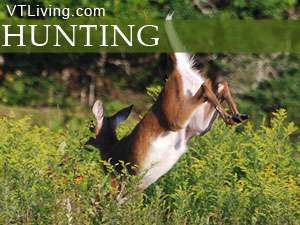 Ruffed Grouse
The “Partridge” is native to Vermont and the most abundant upland game bird in the state.

Woodcock
Also known as “Timberdoodles”, Woodcock are found throughout Vermont. There is a combination of native birds and migrating “flight birds” from Canada.

Waterfowl
The duck populations are growing in Vermont. Mallards, black ducks, wood ducks and ring-necked ducks comprise most of Vermont’s “diving duck” population. Goose hunters are finding more opportunity than ever in every corner of the state. 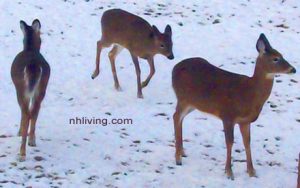 White-Tailed Deer
The Vermont Deer hunting season is one of the most active in New England with the addition of bowhunting which takes place in October.

Wild Turkey
The Wild Turkey is considered “Big Game” under Vermont law. The turkey is making a big comeback in the Green Mountain State. Flocks of up to 50 have been spotted in late winter. The Wild Turkey population is especially strong in the areas near the Connecticut River valley.

For more information about Vermont Hunting and Vermont Hunting laws, licenses, rules, and regulations write to the Vermont Department of Fish and Wildlife, 103 South Main Street, Waterbury, VT 05671-0501 or telephone 802-241-3700.

The Vermont Fish & Wildlife Department is providing a toll-free telephone line as a service to in-state hunters. The hunter information line provides hunters with hunting conditions, season news, harvest numbers and other season updates including deer hunting conditions, hunter education classes and other info. The toll-free number is 800-718-HUNT, out-of-state callers may reach the line by calling 1-802-241-4349.

Effective Jan. 2017 VT Fish & Wildlife Department changed the eligibility for permanent hunting and fishing licenses. They have raised the eligible age from 65 to 70 for individuals seeking to purchase a lifetime Vermont hunting or fishing licence. To change will mean seniors will still pay full fees to hunt and fish in Vermont – at least until age 70. Comment on the change by contacting your VT elected officials and Vermont Fish and Game. 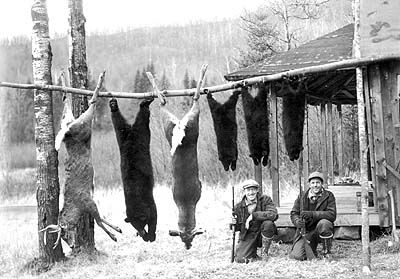