The company known simply as Burton is experiencing international growth and fame and it all began right here in Vermont. Jake Burton Carpenter, a New York state native found a passion for snowboarding and grew his company from the Green Mountain State. Ask us about Burton Snowboards or share comments. Feature your business, contact VTLiving. 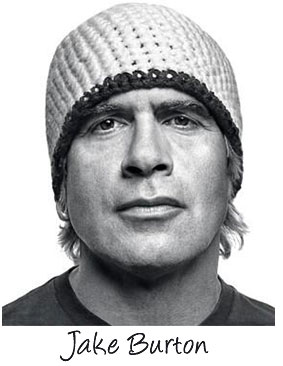 Jake moved to Londonderry, Vermont in the early 1970’s and began to make Burton Snowboards with his cofounder Dimitrije Milovich. Getting the permission from Vermont ski areas to allow snowboards or “surfboards” on their hills, proved to be an interesting challenge. Suicide Six Ski Area in Pomfret was the first. Stratton, Stowe, Killington, and Jay Peak followed. The snowboarding craze began – pushed by “popular demand” a new sport was born.

Just about every boarder in the world has heard of Burton Snowboards, outdoor wear, gear and apparel. The company has played a major role in the snowboards and other products.
http://amzn.to/2lbmWik The original Burton store was located in downtown Burlington, Vermont. Burtonnow operates more than 1,500 retail stores worldwide. Burton stores sell Burton snowboards and other Burton products – some with the Burton label others not. Other brands of snowboard accessories are available like; Anon Optics, RED helmets, Analog outerwear, and Gravis footwear.

Burton Snowboards were manufactured in Vermont until 2010, when the company moved manufacturing to Austria.